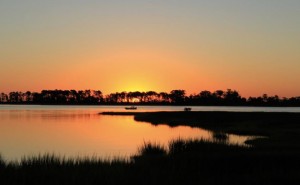 East West Communities is pleased to announce and celebrate 25 years of creating resort-style planned communities in the Hampton Roads area. East West is also celebrating its 40th year of developing quality neighborhoods in Virginia and five other states.

The company’s mission has been to offer the ultimate recreational lifestyle for its residents with environmental sensitivity and innovative housing designs. East West has developed 25 communities with over 20,000 residents along the East Coast—with six communities in the Hampton Roads area:

These Hampton Roads communities are now home to nearly 3,500 families and collectively have won numerous awards, including being a ten time recipient of the “Community of the Year” award, a three-time “Best Community” award-winner, and being the only Hampton Roads’ community to receive the Tidewater Builders Association’s “Hall of Fame” award.

According to Branch Lawson, President of East West Communities of Hampton Roads and a 32-year veteran with the firm, “We recognized a unique niche in the housing market: residential communities that offer a resort-like atmosphere with world-class amenities and a diverse range of homes, architecture, and home values. In addition, we wanted to become leaders in the industry of environmentally sensitive, innovative planned communities. We owe countless thanks to the many relationships we have enjoyed over the years—our tremendous team of builders, our East West team, the Realtor community, our lenders, partners, local government officials and most importantly, those who have decided to call an East West community ‘home’. These relationships have contributed greatly to our successes in Hampton Roads.”

This Virginia success story all started in the early 1970s, when Sea Pines Company on Hilton Head Island bought several thousand acres of land and began developing Brandermill. In 1977, this 2,600-acre community was named “The Best Planned Community in America” by the National Association of Homebuilders and Better Homes & Gardens magazine. Then in the 1980s, the company expanded and developed the 1,400-acre Woodlake community that was chosen “Best Community in the U.S.” by the 14,000 member Urban Land Institute.

Mark Edwards, Senior Vice-President and broker of East West Realty with over 25 years at East West Partners, commented, “I’m very proud and fortunate to have been able to be involved in four highly successful communities in Isle of Wight, my native county. The success of East West Communities is a product of what our employees, our partners, and our builders contribute. It is the ideas, the spirit, and the commitment of these people that keep us ahead of the competition and continue to produce communities that people of all ages desire to live in.” This commitment has not only contributed to the company’s longevity, it has also helped East West to successfully weather five major recessions. Very few developers today can make the claim to be strong and vibrant after 40 years, not to mention following the most recent “Great Recession”.

Today, East West Communities is a flourishing development company that presents an incomparable record of experience and achievement across multiple states.

• Twenty years ago East West hosted the Parade of Homes in Gatling Pointe South, drawing over 55,000 visitors. The home show garnered national attention in Southern Living Magazine and also by the NAHB, which awarded East West a GOLD award for the Best Home Show in America in 1993. The Gatling Pointe community is home to over 500 homes today and the Gatling Pointe Yacht Club marina club and restaurant. 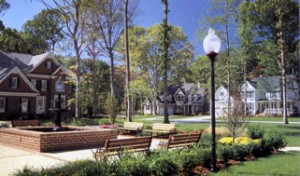 • In 2010, East West Communities hosted the first ever Spring Homearama at Founders Pointe, a waterfront community in the Carrollton area. Over 30,000 visitors toured eight beautifully furnished model homes during the sixteen day period. 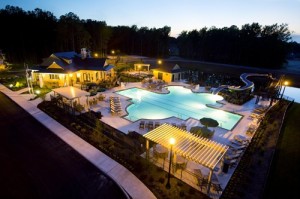 • In 2011, East West held its second Homearama event at The Riverfront at Harbour View and opened its final phase of development of Hampton Roads’ most successful master planned community. The two model home shows events drew over 190,000 visitors during their sixteen day period. 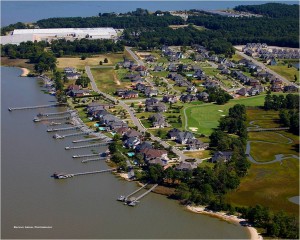 1977 Brandermill was named “Best Planned Community” in America by Better Homes and Gardens magazine and the National Association of Home Builders.

1990 Eagle Harbor in Jacksonville, FL, the first to use Community District Development Financing for 3,000 homes.

1993  Gatling Pointe South – a waterfront community with 254 lots in Smithfield, VA – opens with the Parade of Homes winning the Gold Award from the National Association of Home Builders for the “Best Home Show” in America in 1993 with over 55,000 visitors and feature articles in Southern Living magazine.

2001 The Riverfront at Harbour View, Suffolk, VA, hosts the Tidewater Builders Association’s Homearama featuring 17 homes and attracting the largest attendance ever with more than 105,000 visitors.

2001 Riverwatch on the Piankatank River, a small community of 89 large lots in Gloucester, VA.

2003 Eagle Harbor in Isle of Wight County, VA – a 567-acre community with a vast array of amenities and 1,500 homes, condominiums, and apartments.

2007 The Townes at Cary Place in downtown Richmond, VA, in the Fan district.

2007 The Riverfront at Harbour View is the first community to be inducted in the Tidewater Builders Association’s Community Hall of Fame, making it the most awarded community in Hampton Roads’ history.

2012 Brookcreek Crossing, a neighborhood in Midlothian, VA, with townhouses,single family homes, and apartments.

2013 EWC purchases Hallsley, a unique community which will have 700 architecturally distinctive homes in Midlothian, VA. EWC is developing the remaining 600 lots and a resort-like amenity complex.