Recently the Isle of Wight County’s county supervisors gathered to view the “state of the county” video played at a Chamber of Commerce breakfast.  The consensus?  The future is mighty bright in Isle of Wight. “I say this from a perspective of serving on the board for six years — that Isle of Wight County today stands in a good place,” said Board of Supervisors Chairman Rex Alphin at the opening comments during the annual ‘State of the County Breakfast’ at Smithfield Center. “And our trajectory is pointing us in a great future.”

The video highlighted improvements for Isle of Wight that include:

Supervisor Rudolph Jefferson highlighted the new emergency dispatch in the state of the county video, explaining that the new system allows better communication with surrounding dispatchers that creates a safer community. He also said he is proud of the board’s decision to approve two new deputy positions in the 2018 budget.

Adding new deputies “will provide better security, better law enforcement and coverage for the school system and make Isle of Wight County a better place to live as a whole,” Jefferson said.

As the meeting shifted topics from adding deputies to topics regarding county permits and safe drinking water, Supervisor Dick Grice underscored the benefit of terminating the MS4 permit last year.   Cessation of this permit allowed the board to reduce stormwater fees by 25% for residents in the 2018 fiscal year budget. He also applauded the water sewer task force created in December, made up of town, county and public representatives working to provide affordable, safe drinking water for residents.

The event, hosted by the Isle of Wight-Smithfield-Windsor Chamber of Commerce, also included gratitude for the county’s volunteers.  Supervisor Joel Acree acknowledged them by saying, “these hundreds of volunteers work countless hours to serve our community in all types of capacities — their efforts don’t go unnoticed by saving the county millions of dollars and providing services that are definitely second to none.”

Vice Chairman William McCarty followed Acree’s comments with a call to increase the public’s community engagement.  “Communication is a big deal,” McCarty said in the video. “And I want to hear your voice, I want to know your thoughts, so that we, together, can move forward in the county.”

Other bright spots from the event included Windsor Mayor Carita Richardson’s plans for the town, including designing a new municipal building as well as finishing renovation plans for converting the old Windsor Middle School gym into a community center.

All of this good news was shared with state leaders, including U.S. Rep. Robert “Bobby” Scott, D-Newport News, Dennis Treacy, chairman of the Virginia Chamber of Commerce, and Barry DuVal, president of the chamber.  There were roughly 130 attendees at the breakfast event. 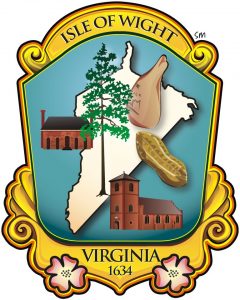